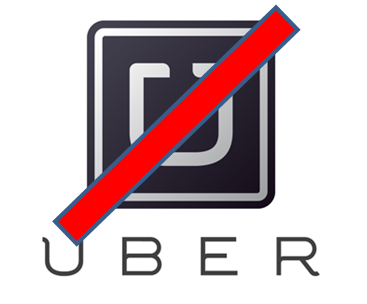 I took a few weeks off this summer so I have not been focusing on this blog too much. But now I am back in the swing of things so to speak. In fact I am going to start pod-casting. Just to see how that goes and to see if I have that skill. (or not!). Maybe even a video or two. Anyway, apart from lazing by the pool, I also ended up having to help a friend move house. I offered to rent a truck to move a few items rather than try and get furniture into the back our regular vehicles. When the time came to return the truck, my buddy offered to meet me there and give me a lift back from Hertz.

I said no problem, I will use Uber for the first time to get a ride back. I mean how hard can it be? I have had friends tell me I should use Uber, and this seem like a sensible way to try it out, as opposed to staggering out of some bar at 3am when all the drivers were either asleep or taken up with other drunks.

So on a Friday at around 6pm at the Hertz location downtown I fired up the Uber app and waited to see the little icons with all those little Uber cars scurrying around, just waiting to pick me up. Well the first problem was that Uber told me I need to accept the fact that in order to encourage more drivers on the street, I had to accept a rate increase of 2.1x the original fares. I had no choice. I had no ride and Hertz closed at 6pm. So I typed in the code and waited, No cars showed up. I tried UberX. UberSELECT, LUX. Nada. Zilch. As this was the first time I had tried the app in earnest, I guessed that maybe I was doing something wrong. So I logged out and tried again. This time I had to accept a rate increase of 2.8x. Still nothing, no cars anywhere. Finally. I called a friend and said I needed a favour. I am stuck downtown and Uber isn’t helping.

I understand that perhaps on a Friday evening, Uber is busy with taking people to happy hour. But what I didn’t understand was why was it, when I looked at the app before requesting a ride, I saw a few little car icons running around, and yet when I actually asked for a ride, they had all somehow disappeared. The trouble is now I feel I cannot trust Uber. The idea of going to a bar or club with Uber is appealing. No parking or drinking worries. But come 2am if I need a ride home, I could be stuck somewhere. As they say.. first impressions means a lot.